Communities around central Mississippi vied for the cemetery. Montgomery County pitched two locations; one in Winona, and one in Kilmichael. In March 2014, Kilmichael was chosen because it met all the requirements. A ground-breaking ceremony was held on September 24, 2015. The official opening was held on August 16, 2017. With the opening of the cemetery in Kilmichael, 99% of the veterans in Mississippi will have a veteran’s cemetery within 75 miles of their home. The cemetery is available for anyone who qualifies in all areas of the military and their spouses and underage children. There is space to bury 115,000-125,000 veterans. The cemetery will accommodate in-ground casket and in-ground and above-ground cremation burials.

Total cost for the cemetery is over $7 million. $6.6 million was paid by the federal government, $1.5 million came from the state of Mississippi, $250,000 from Montgomery County, plus the Town of Kilmichael donated the 50-acre site and extended utilities to the site. The federal grant not only paid for construction but also equipment needed for future operations.

The cemetery will provide a burial site, opening and closing of the grave, a concrete vault, perpetual care and a headstone. Caskets and funeral expenses are not provided.

The cemetery features a Liberty Carillon Tower to play music during services. The design of the carillon features five steel pillars representing the five branches of the military. The bell at the top of the carillon symbolizes American Liberty. The $120,000 needed to construct the carillon was raised by Friends of Mississippi.

It is a state cemetery and will be run by the state. It will operate at the same high standards followed by national cemeteries. It is a national shrine, sacred ground, and all who visit should treat it in a respectful manner.

Artist’s rendition of the finished cemetery. 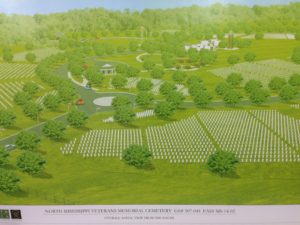 Below are photos of the beginnings. 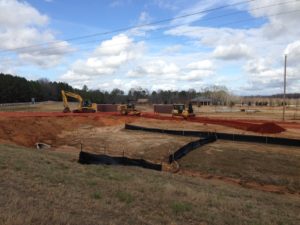 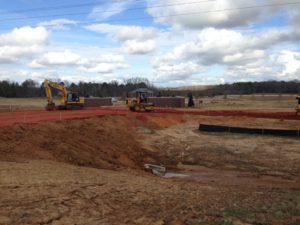 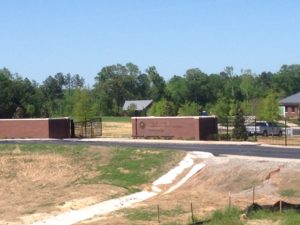 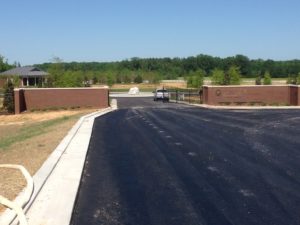 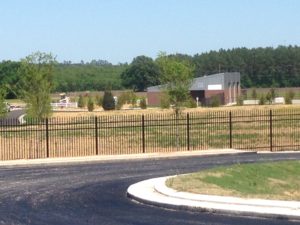